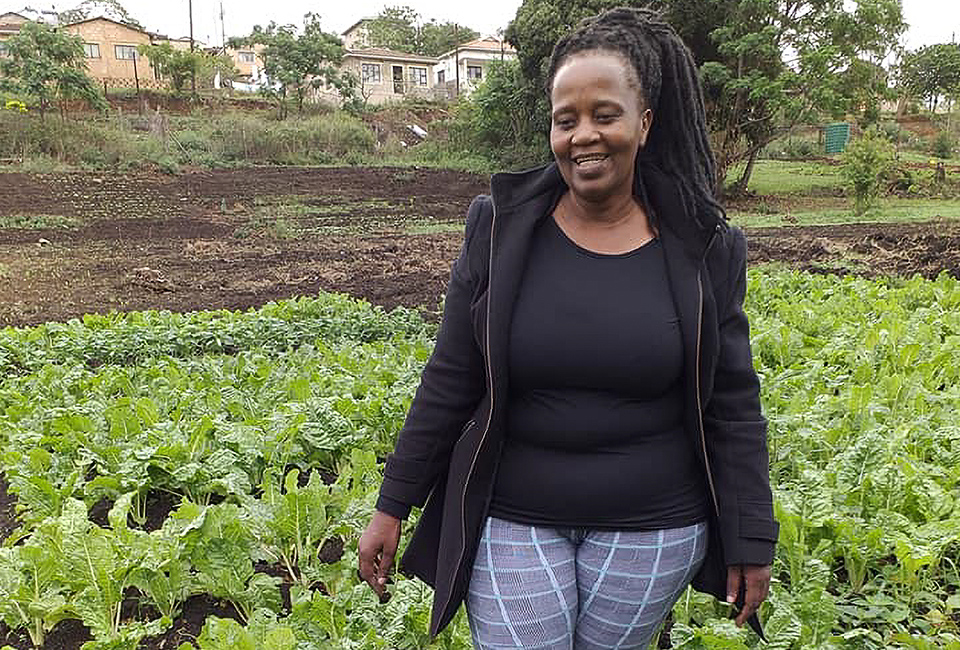 “When you’re a mother and you know you have to feed your children, you come up with a solution. No matter what, I had to find a way,” recalls Nonhlanhla Joye (known as Ma’Joye).

She is the innovative founder of the Umgibe Farming Organics and Training Institute which empowers subsistence farmers in rural villages. The farmers are taught sustainable methods using Ma’Joye’s unique “plastic bag system”, and by working together within cooperatives, the farmers are able to sell fresh, organic produce to large clients. “My purpose in life is to end hunger,” says Ma’Joye.

Growing up in the small village of uMpise in KwaZulu Natal, South Africa, Ma’Joye used to help her parents tend to their vegetable garden. “We never bought a single fruit or vegetable,” she recalls. “All of our fresh produce was grown in our own yard. Even now, at 96 years old, my mother is still farming.”

But after graduating high school, Ma’Joye left the rural village life behind for some of the biggest destinations in the USA including New York, Florida, and California. It was here that she studied herbology, and learned that quality food and proper nutrition is essential for health, and fighting disease. Eventually, her heart called her home to South Africa where she became a community worker – helping those who were most in need. 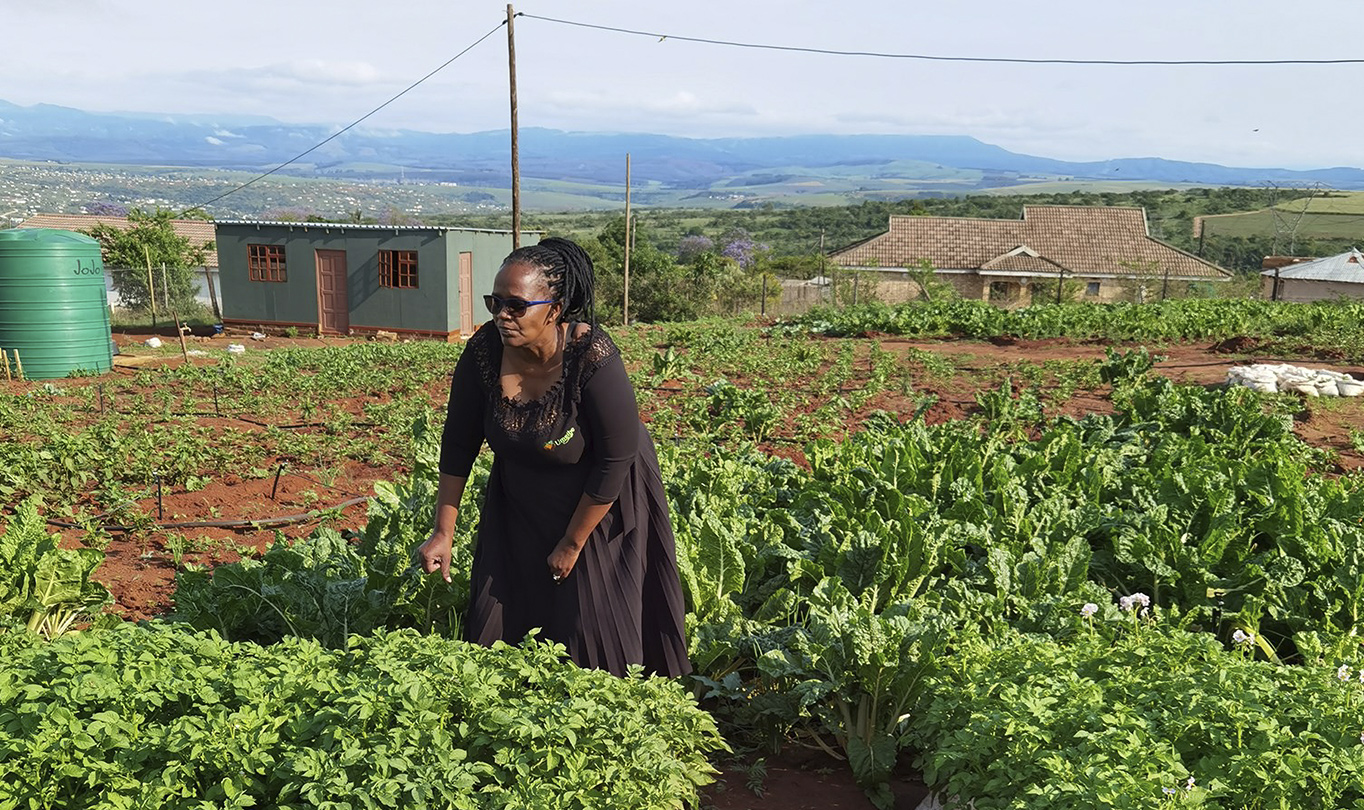 But in 2014 the single mom’s life turned upside down

She was diagnosed with cancer, and the treatments made her too weak to work. Home alone with her son, she worried about where their next meal would come from. She knew that in order to beat the disease she needed to source nutritious food. Going back to her roots, Ma’Joye managed to muster enough energy to turn some soil in her back garden and sowed a few seeds. Shortly afterwards, she was devastated to find that a neighbour’s roaming chickens had completely destroyed the budding vegetable garden. In utter despair, and knowing that she had to provide sustenance for her son and herself, Ma’Joye planted some seeds in plastic packets which she slung across a wooden post – out of the way of the chickens.

“When you’re a mother and you know you have to feed your children, you come up with a solution.

No matter what, I had to find a way,” she recalls.

“The first meal we ate from my garden was the most precious thing,” says Ma’Joye. “It was then that I realised what my mom and dad must have felt like all those years ago. Being able to feed your family gives you a sense of pride and empowerment. It brought back so many memories.” Ma’Joye tended to her plants daily. “I spoke to them and encouraged them,” laughs Ma’Joye. As her garden grew, so did her strength. Eventually, her doctor gave her a clean bill of health, and Ma’Joye was free of cancer! By that time, her plastic packets were bulging with luscious organic vegetables – catching the attention of curious community members. Ma’Joye began selling the excess produce, which brought in the income she needed to sustain her household. 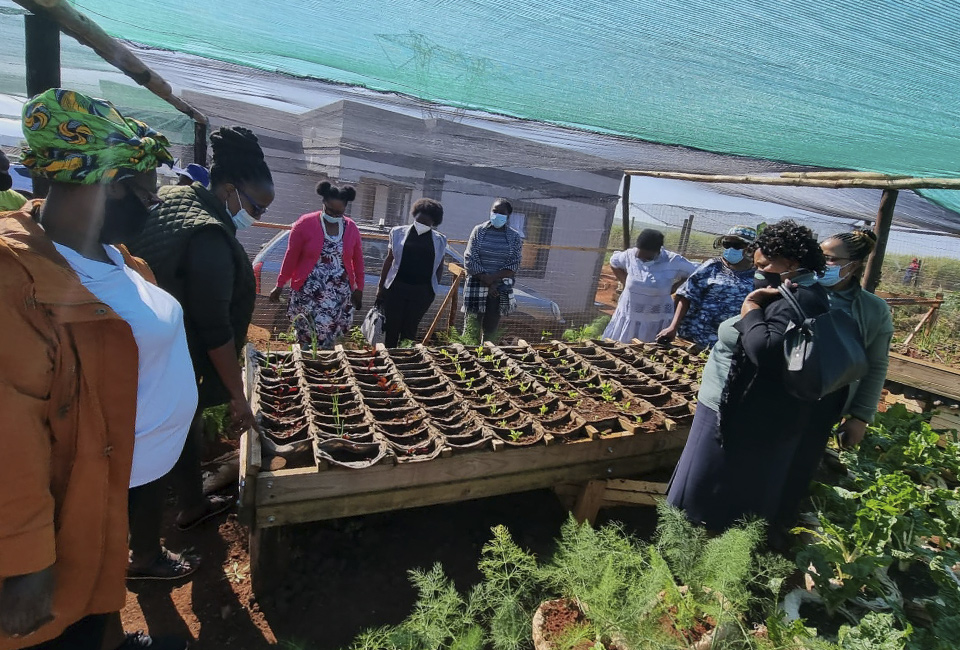 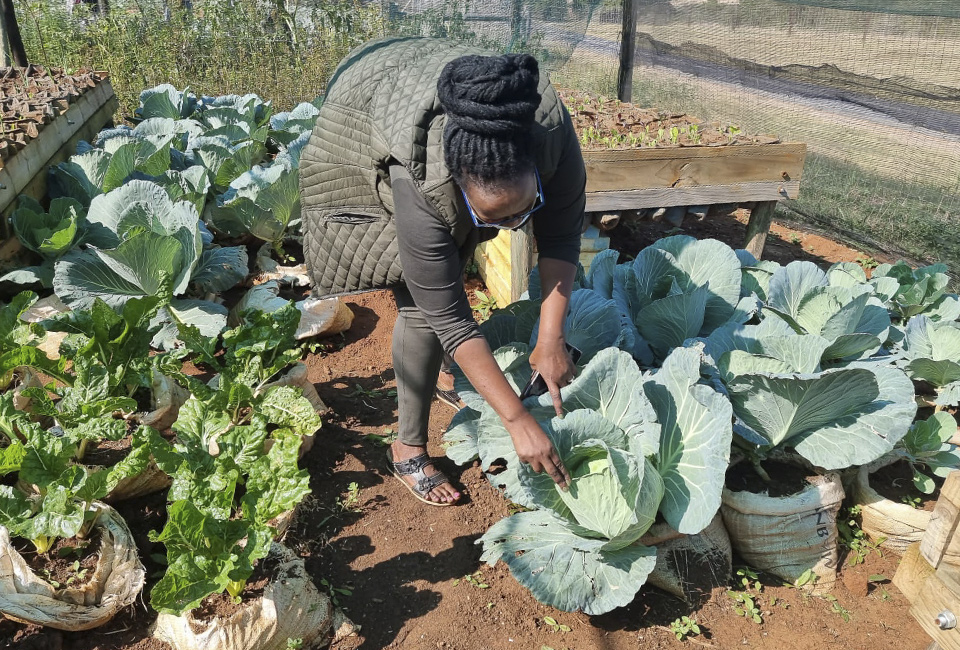 Ma’Joye realised that her new farming method was water-wise, made good use of small spaces, and was accessible to everyone. She knew that if she could teach others to do the same, no one in her community would ever go hungry again. This was the birth of the Umgibe Farming Organics and Training Institute. Sharing her knowledge, with the help of a number of partners, Ma’Joye’s organisation grew from strength to strength. Umgibe has now empowered over 100 small cooperatives (made up of over 2970 individuals) with agricultural training and business management skills. These co-ops work together to supply large quantities of fresh produce to a range of clients.

“Being able to provide for my family, and remain an independent person restored my dignity,” says Ma’Joye. “That’s why I knew I had to pass it on. There’s nothing as painful as having to ask someone else to supply your basic needs. This method of farming is empowering.”

“Many women and children have benefited from this programme,” notes Ma’Joye. “I thank God for that. It’s a form of liberation and freedom. Giving women financial security means that they can leave abusive relationships, and make their own way instead. Women are no longer stuck depending on someone else for their needs, they can support themselves.” 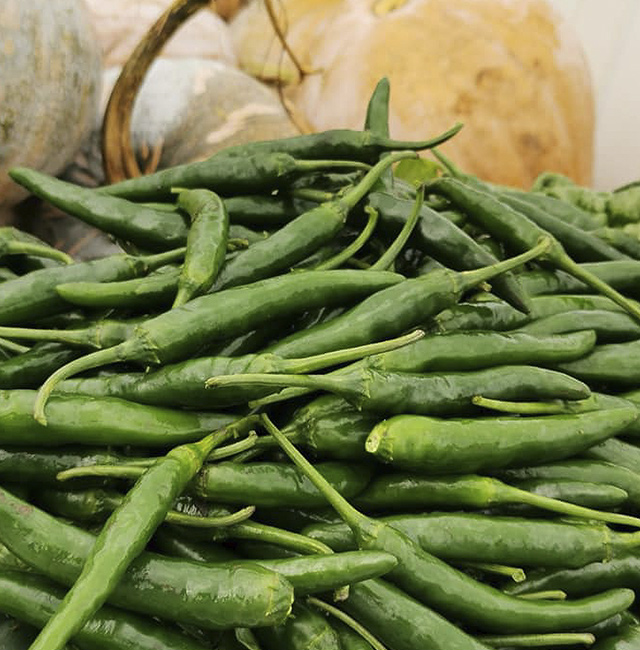 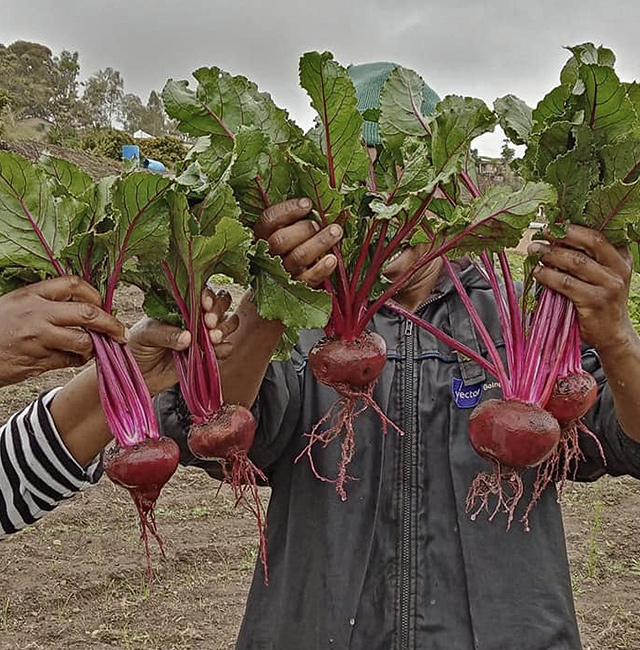 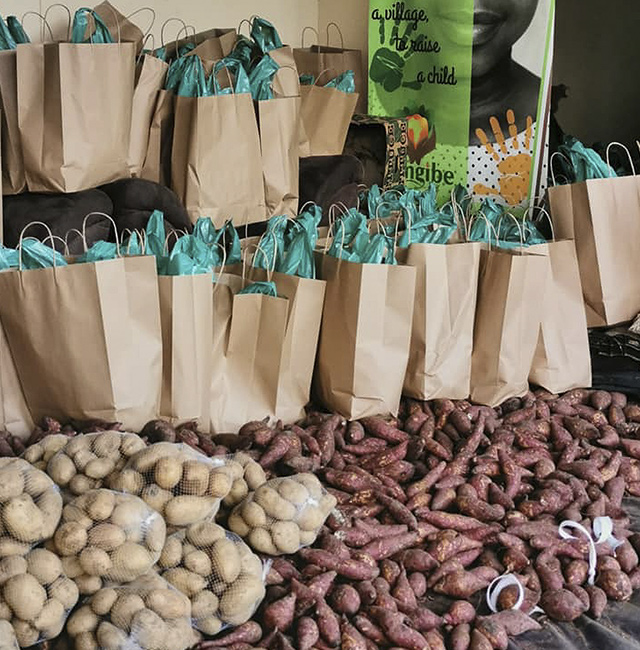 “When you put a granule of salt into a jar full of water, it makes a small change to the water. It changes the place it’s in permanently,” says Ma’Joye. “When you add more salt, the water becomes saltier and saltier until the solution is saturated.”

“Changemakers are like that – the more there are, the stronger the solution becomes. We have to realise that WE are the changemakers, and we can make a difference exactly where we are.”

Ma’Joye continues to drive the growth and development of Umgibe, praying that one day, her methods will be part of the solution to ending hunger and poverty in South Africa. 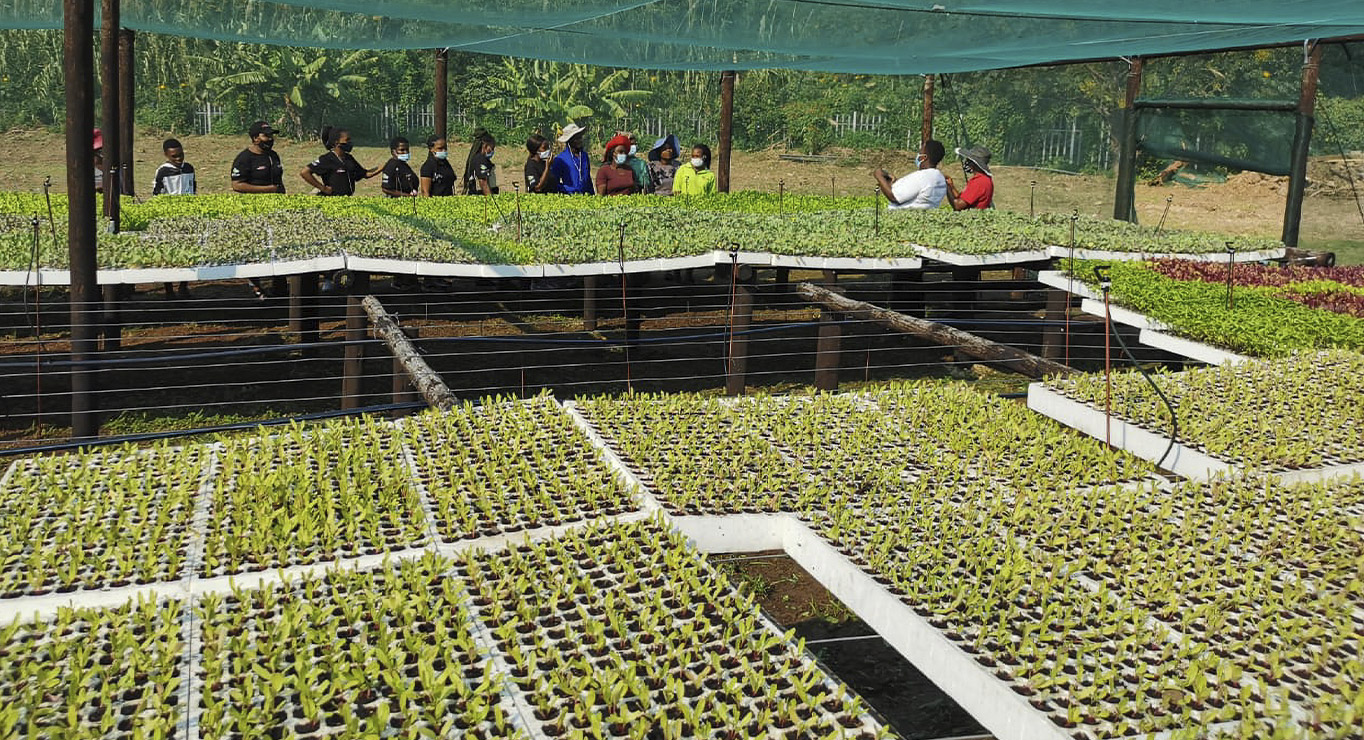