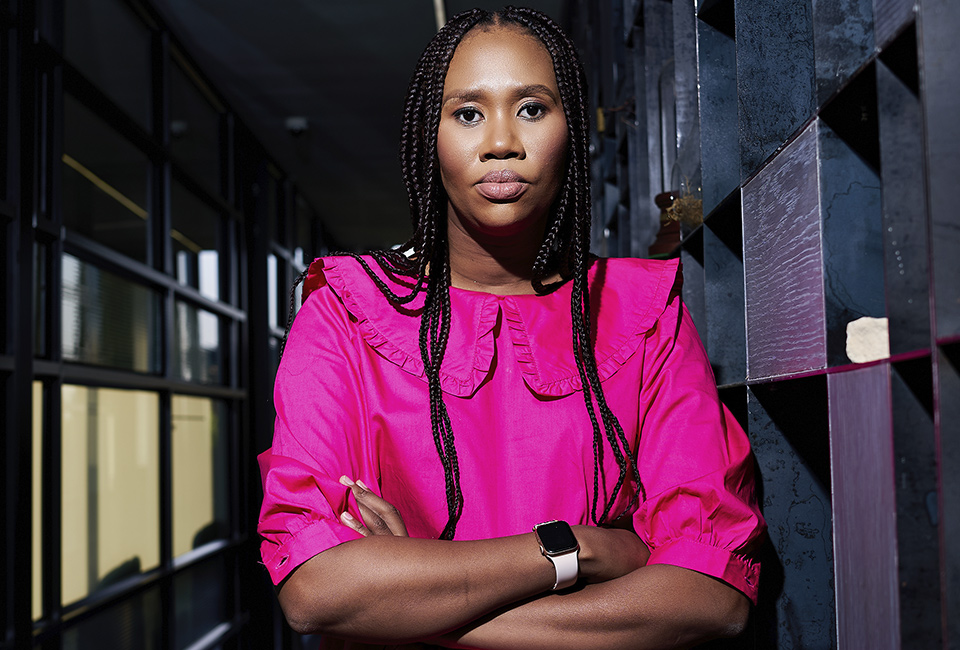 “Knowing that I’m paving the way not only for myself, but for other black girls, keeps me going. It’s the reason I don’t give up.”

These are the words of Changemaker, Noluvuyo Mpekelana. She’s the founder of CodeNgwana, an initiative aimed at teaching coding to African children. She’s also published two children’s books and a coding encyclopaedia for kids.

Making the world a better place through technology

She speaks in code. And she’s sharing her love for the language with everyone she can – with a strong focus on women and children.

Noluvuyo Mpekelana loves telling stories about how coding can make the world a better place, and she practises what she preaches. Not only is Noluvuyo the founder of CodeNgwana, she’s also published two children’s books and a coding encyclopaedia for kids. She hopes that through her efforts to educate women, children, and underprivileged communities about coding, she can help start to change the unconscious bias surrounding women of colour in IT. 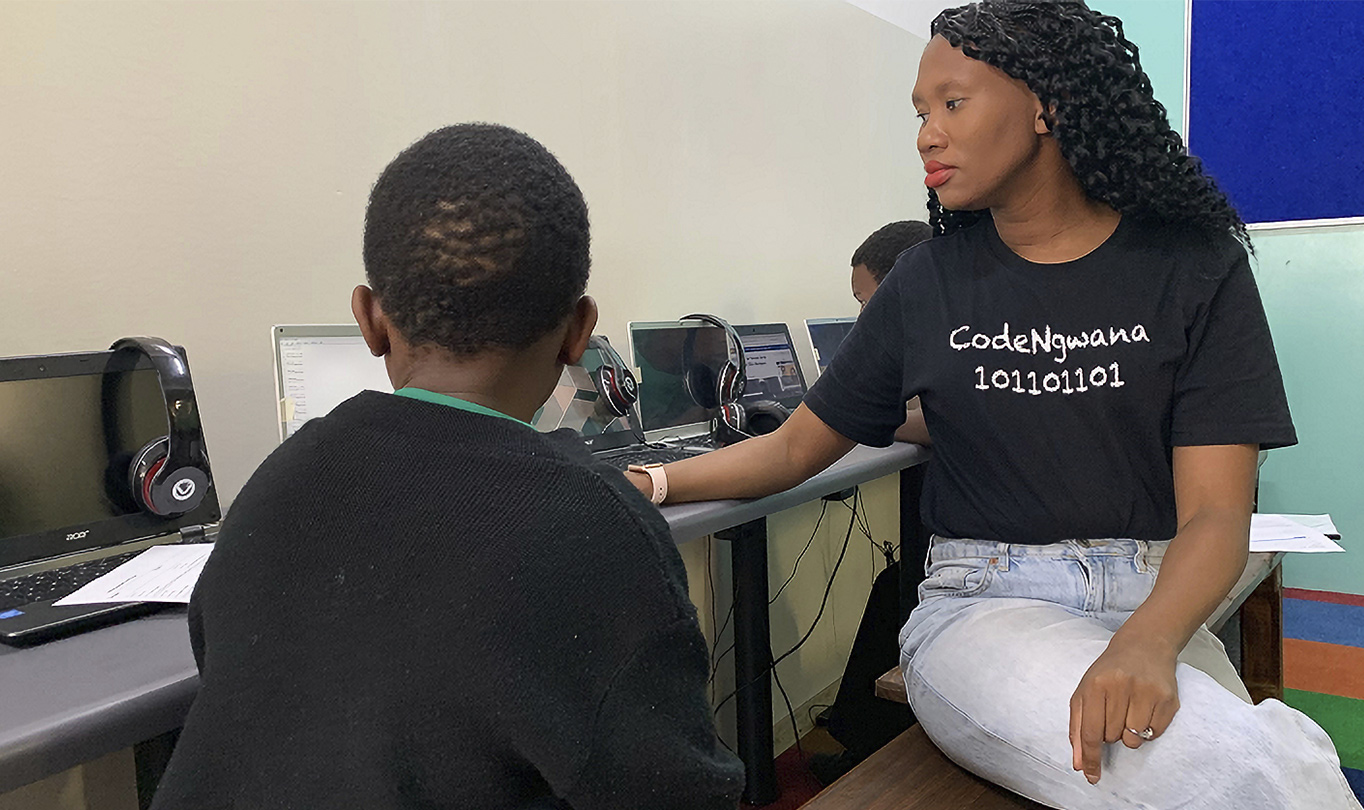 Where it all began

Growing up in the Eastern Cape in South Africa, Noluvuyo’s first experience of working with a computer was in the year 2000. “My dad’s colleague built a computer out of used parts. My siblings and I used to play games on the PC, and eventually I even learned how to upgrade it myself.” The IT sector wasn’t Noluvuyo’s first career choice. In fact, she was more interested in exploring the world of geology. But after some gentle nudging from her dad, she took a leap towards technology.

“I started completely from scratch,” says Noluvuyo. “I didn’t take IT or computer studies at school, so I had to play ‘catchup’ for the first year or so. Also, I was one of only three women in my entire first-year class.” Despite the challenges, Noluvuyo persevered. Deep down she knew that IT held massive potential. “As a child I had always been inquisitive, and I wanted to use computers to solve problems. But at the time I started studying, I didn’t even know what problems I wanted to solve!”

Building the future from the bottom up

Always planning for the future, Noluvuyo took a job in one of the biggest telecommunications companies in SA during her final year of studies. “I knew that there was lots of room for growth in the company, and I wanted to get my foot in the door as early as possible.” She worked in the IT support department teaching customers how the ‘new’ mobile technology worked.

“We were just starting with the rollout of 3G in SA, and everyone wanted to know how to use their phones as modems, or receive emails on their mobiles.” Customers were often surprised to hear a woman’s voice on the phone. “And even more surprised that I was a woman of colour,” says Noluvuyo. “But it was through this experience that I developed my customer-centred focus and I learned how to ‘teach’ people to use their tech.”

While many of her work environments have been supportive, Noluvuyo says that ‘getting her voice heard’ is one of the biggest obstacles she faced over the years.

“When you’re working on implementing a project for a large corporation, and you’re the only woman, and the only woman of colour in the room, you tend to hold back a lot. My own challenge was finding my voice, and then speaking up and being heard. Due to the bias against women in this sector, you need to prove yourself and your credentials before you’re given the opportunity to have a say.”

Speaking up for women in IT

As her reputation grew, and she became an established name in the industry, Noluvuyo also found the courage to push back at some of the expectations that the sector placed on women with children.

“In the IT world, some women hold back on their dreams of starting a family because of the bias against women in this sector. Some are even forced to step out of this space if they become mothers due to the pressures and inflexibility of the environment.”

She believes this is one of the reasons that only 23% of tech jobs are held by women in South Africa. According to a study by WomenInTech.co.za, out of 236 000 ICT (tech) roles, women occupy just 56 000 of them. Noluvuyo decided not to be “apologetic or embarrassed” about being a mom with different priorities to some of her male counterparts. She learned to say “no” to the late-night strategy meetings, and to structure her time around her business as well as her family needs. 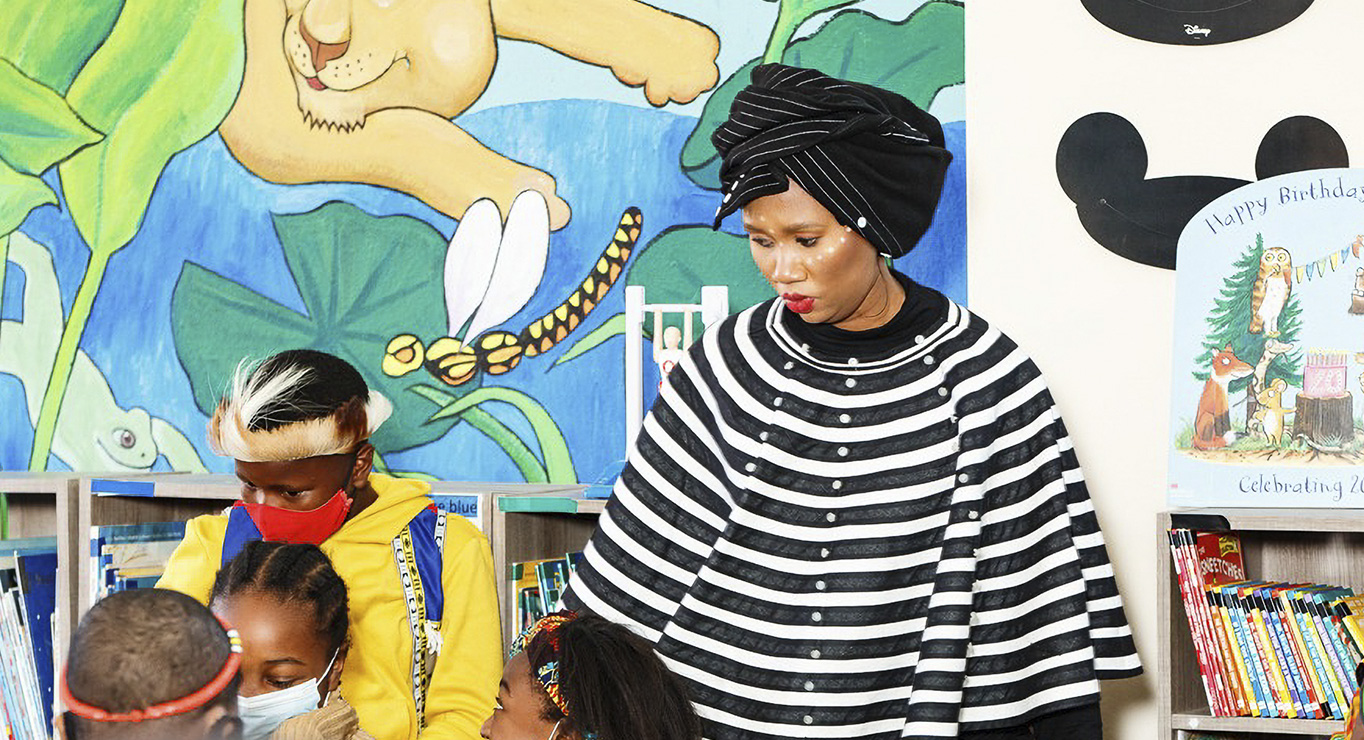 As a young mom trying to build a sustainable future for her kids, Noluvuyo started teaching her children how to code. “I began building a curriculum for my son and doing some coding with him at home. As we progressed, I realised that this was something that could grow, and that other kids could benefit from.”

In 2019 she founded CodeNgwana – aimed at teaching kids between the ages of four and 14 the language of coding. The initiative took off and now, three years down the line, it has expanded from a face-to-face programme to include an online teaching platform. “We’re also looking at establishing a foundation which would help give kids without resources access to the teaching materials and classes,” says Noluvuyo. Teaching coding to underprivileged children is one of Noluvuyo’s passions in life.

“Tech is often viewed as something that’s for the elite. Making coding and IT accessible is very important for the alleviating unemployment and securing the future of our country.” 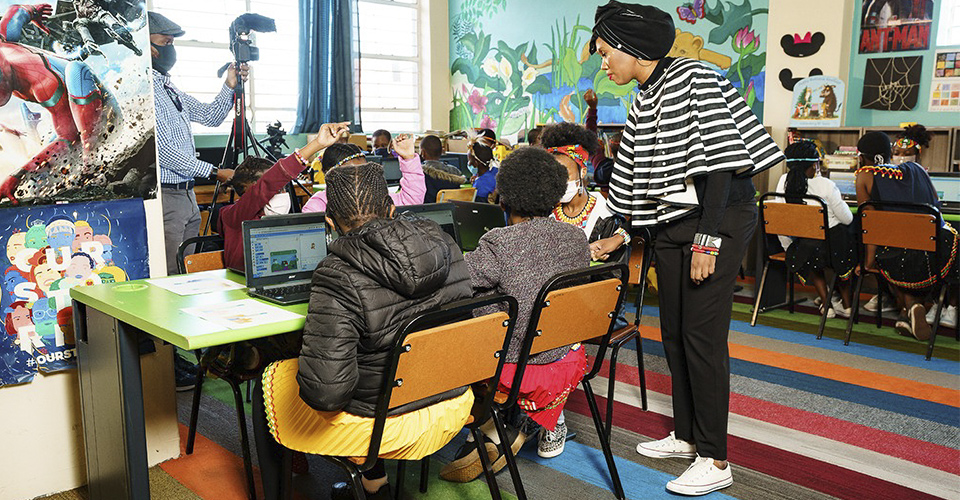 “We were part of the Red Bull Amaphiko programme which helps entrepreneurs “get wings”, and after that, we started supplying water for their building and their events,” Murendeni said.

Noluvuyo’s passion for digital inclusion led her to translate her children’s books into two African languages – isiXhosa and seTswana. “We can’t build computer labs in all communities in SA, but we can take books to these communities. The books will open the kids’ eyes to the possibilities out there and hopefully inspire them to pursue the IT space even if it’s not something they have access to in their immediate environment.”

“If you can imagine it, you can achieve it!”

This is the motto that Noluvuyo lives by. “Knowing that I’m paving the way not only for myself, but for other black girls, keeps me going. It’s the reason I don’t give up.” Through her initiatives, she hopes to help build a world where children believe that “everything is possible” and that they have the power to innovate and design things that never existed before. “I empower my son and daughter to look at technology as an enabler. In this era when we’re so glued to our phones, we should never be a slave to technology. We should be the masters of it, and it should work for us.” 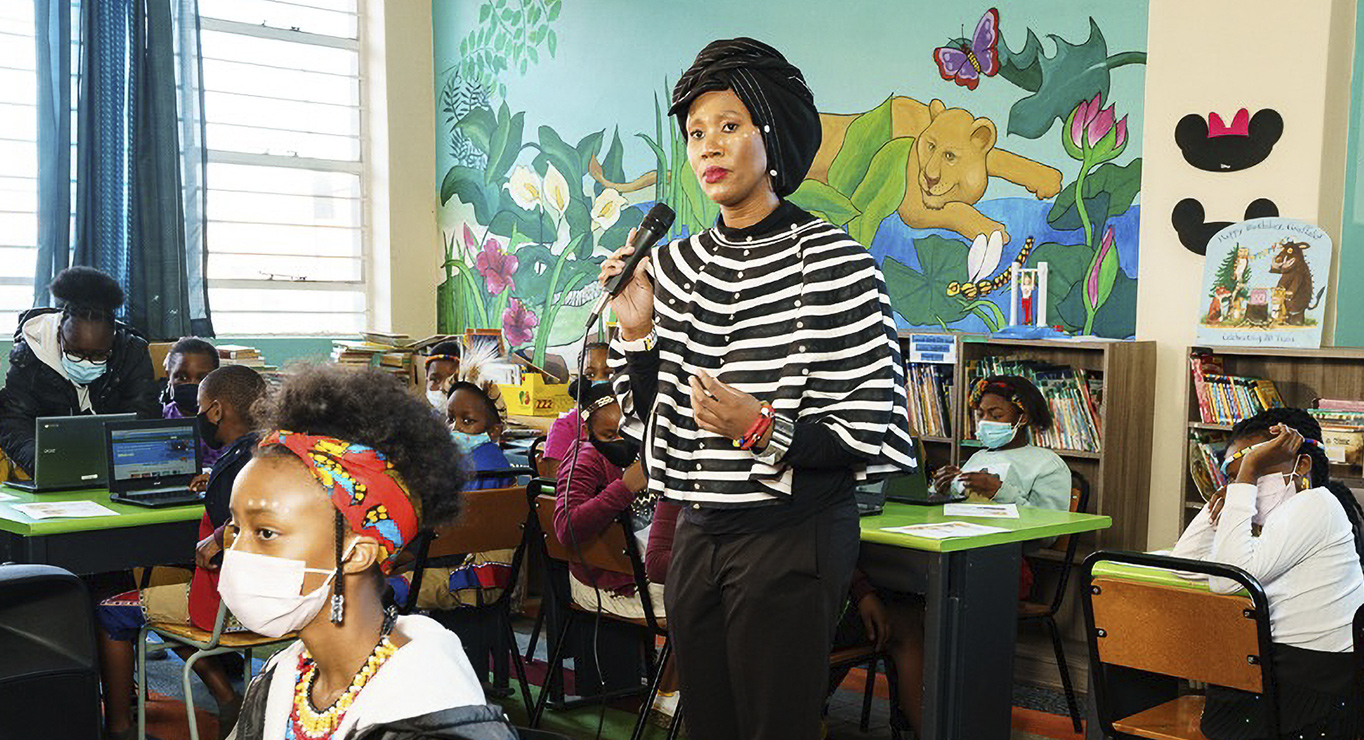