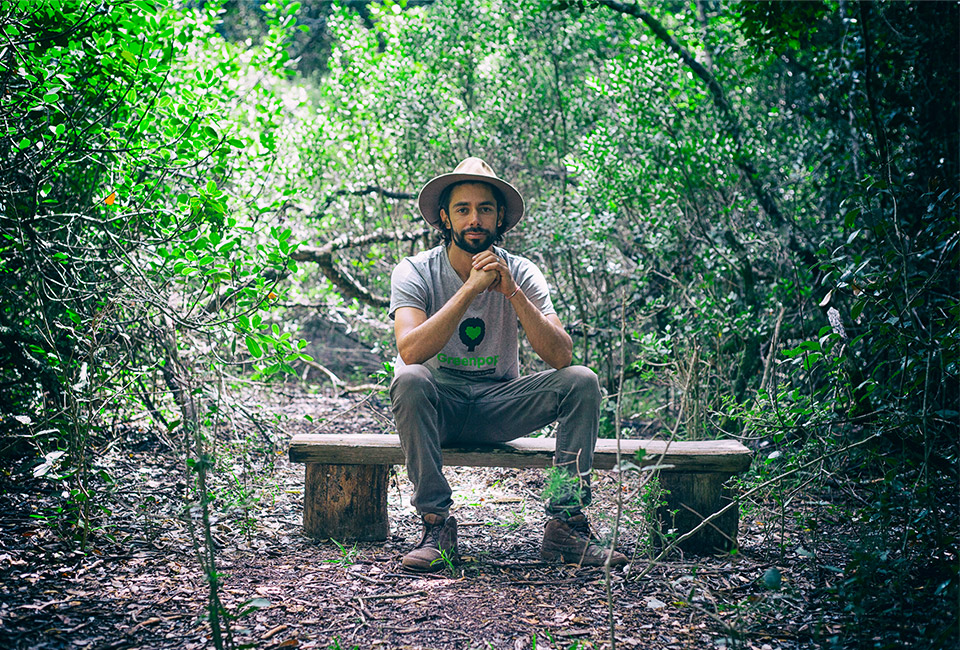 Wanting to offset the carbon footprint of his travel, Misha Teasdale decided to plant some trees. Before he knew it, he was the founder and “Tree-E-O” of an award-winning NPO that’s revolutionising the way we interact with nature.

Greenpop has planted over 150 000 trees since its formation in 2010 and is expanding throughout the African subcontinent. They have launched sister projects to foster biodiversity hotspots across a range of spaces. One could say that they are “branching out”, but really it’s an organic extension of their core values. Being a Changemaker is part of Misha’s spirit: “I feel deeply about many things, but the key to change is finding the power to deliver on that passion.”

He has dirt under his fingernails, but that only adds to the charm. With his beard and his wide-brimmed hat, Misha Teasdale is the face of an organisation that is revolutionising the way we interact with nature.

Before he founded Greenpop, Misha travelled the world. He’s driven from Cape Town to London raising awareness for NGOs and flown to 14 different countries as a documentary filmmaker. In 2010, after covering a distance of 365 000 km for his career, he wanted to offset his carbon footprint by planting trees. Little did he know that his career was about to take a completely new direction because of those trees.

Misha gathered a bunch of friends with the aim of planting 1000 trees during September, being Arbor Month, in under-greened schools around Cape Town. They fundraised, researched, and gathered like-minded individuals to fuel the campaign. It was such a success that they exceeded their goal!

Inspired by their accomplishments and the huge amount of support he had generated, Misha founded Greenpop, an NPO focused on creating a world where people and nature thrive together. “The name pushes our agenda of creating a greener population,” Misha explains. “We’re living in such a fast-paced, consumer-driven society, where so much is decided by culture,” he notes. “We want to revolutionise that culture by celebrating and connecting back to the natural world.”

Misha’s been breaking ground both literally and figuratively: Greenpop is the first organisation of its kind in Southern Africa.
“What makes us unique is our inclusive approach to greening. We want people – especially young people – to come with us on
our journey,”

Misha asserts. His motto is to “get active, not anxious” about the challenges facing the world today. Misha has always been environmentally minded. Over the years, he’s scooped up accolades like an inclusion in The Legacy Project (a collection of people out to make a difference in the world), and a nomination as one of South Africa’s top climate change leaders by the Mail and Guardian and the Department of Environmental Affairs. Greenpop, too, has garnered awards over the years, the most recent being a Mail and Guardian Greening the Future award in 2020.

Greenpop’s particular focus is on underprivileged areas where planting trees has not historically been a priority. By bringing in plant life, Misha and the volunteers can instil pride in people because of the improved space around them. “Trees are beautiful, and they allow for us to also plant hope and plant change,” Misha says. “When a group of individuals from different backgrounds comes together to do something positive, a metaphorical seed is planted. This can grow into a legacy, and a sense of pride in something that will potentially live beyond the individual people.”

Misha hopes to address numerous historical problems through greening. “Creating biodiversity in underprivileged areas mitigates a host of challenges, from environmental to economic issues,” he explains. “We want to shift the way we engage with nature by adopting a more holistic approach to our landscapes.” The projects have been well received. “The communities in which we work have seen real value in the restoration and greening of their spaces,” Misha points out.

Greenpop has planted over 150 000 trees since its formation in 2010 and is continually expanding. Their multi-modal model allows the public to get involved in a range of ways, from sponsorship to preparing trees for planting, to on-site planting and monitoring the growth of the trees. They even hold festivals where up to 700 people gather to laugh, plant and sing their way to a greener world.

In addition, they’ve launched sister projects like Fynbos for the Future, The Family Food Garden, and Forests For Life to foster biodiversity hotspots across a range of spaces. One could say that they’re “branching out”, but really, it’s all just an organic extension of their core values.

“We’re living in such a fast-paced, consumer-driven society, where so much is decided by culture,” Misha notes. “We want to revolutionise that culture by celebrating and connecting back to the natural world.”.

The NPO has grown steadily as grassroots support has gathered force. Funding is always a challenge, but over the years, Misha has managed to increase the scope of Greenpop to include administering projects on climate change adaptation, community-based conservation and sustainable landscape management. He’s also expanded throughout South Africa as well as to projects in Zambia, Malawi, and Tanzania. With enough funding, Misha believes he can capacitate more people to create catalytic change.

Being a Changemaker is part of Misha’s spirit. His recipe for change is passion plus horsepower. “I feel deeply about many things, but the key to change is finding the power to deliver on that passion,” he confides. With the right support, Misha can empower others to do the same. There is still so much to do out there, and he can’t wait to get his hands dirty. 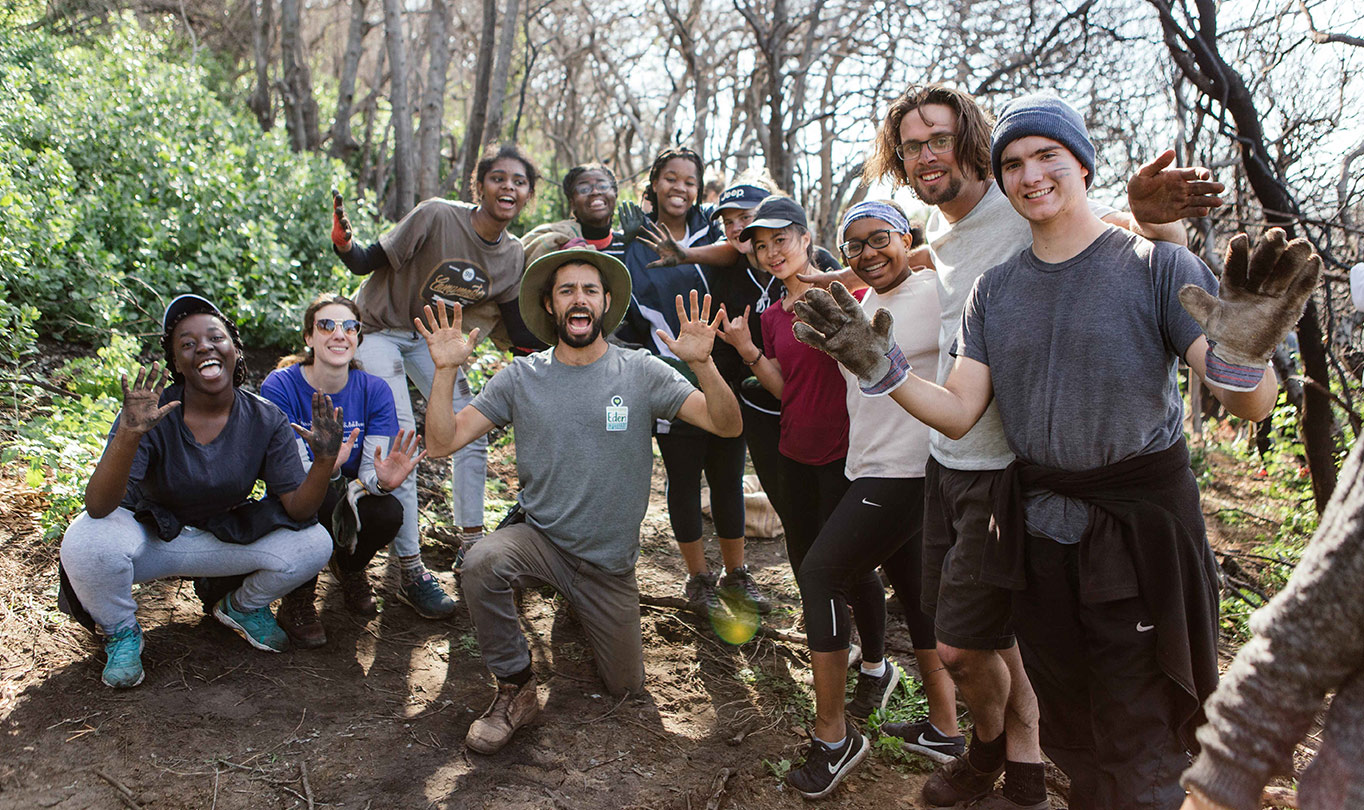