Building a bright future, one brick at a time

Kekeletso Tsiloane is a determined young woman who has conquered the field of construction and manufacturing. Not only has she brought innovation to the industry with a South African first – a certified plastic building brick – but she is also blazing a trail for recycling, social responsibility and grassroots empowerment.

She has turned the conservative perception of the building and manufacturing industry on its head with a family-owned, black-owned, female-owned, youth-owned company.

It looks just like an ordinary concrete brick. But there is nothing ordinary about this small grey rectangle. It is the foundation stone
of Ramtsilo Manufacturing and Construction, and it represents the journey of a young black female entrepreneur who is changing
the world. If anyone asks 28-year-old Kekeletso Tsiloane about the secret of her success, the answer would come back loud and clear: this young lady is fortunate to have parents who support her, inspire her, and guide her. 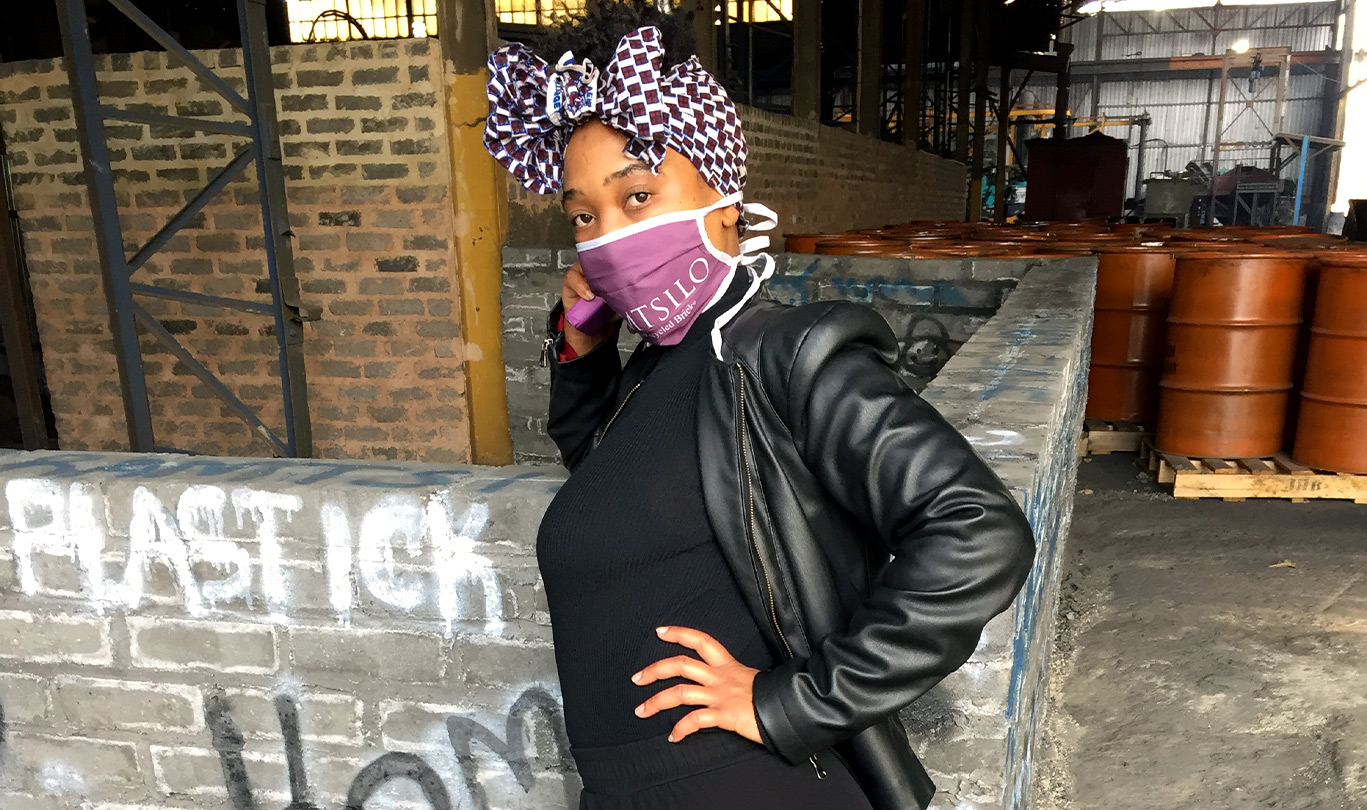 Growing up on building sites

“My earliest memory is going to work with my dad, at his construction company,” she says. “We would walk around the building sites with him, while he would explain what was going on and answer our questions. We thought it was torture at the time – we stayed in caravans and worked out of dusty site offices – but now I realise just how much knowledge I was absorbing about the industry, just by watching my dad at work.”

While young Kekeletso was getting dirty on the building site, her sister Kedibone would head off to the site offices where she would in turn absorb the administrative atmosphere. When the two girls left school, therefore, it was almost inevitable that Kekeletso would dive straight into the construction side of the business while her sister would become an auditor and would take over the books.

“In 2013 my dad registered a company for us,” Kekeletso continues. “He told us that this was his legacy for us, our start in business.
Unfortunately, just afterwards there was a major financial setback. It was a wake-up call – up till then it seemed that our lives were going to be easy, but we realised that we had to start all over again.”

‘Starting all over again’ gave Kekeletso the opportunity to re-evaluate her thinking around her career.

Making her own bricks

“We did not have the luxury any more of offices, machinery, premises and resources,” she says. “So, we had to be highly creative. While we were re-building our construction company, we looked at how we could cut costs, and one of the most expensive items we were buying, was bricks. So, we started making our own bricks in my mom’s backyard. The entire family joined in, we would haul the sand and cement, the dog would be drinking the water, equipment would be standing around in the lounge…”

The backyard brickmaking initiative gave lateral-thinking Kekeletso an idea.
“Ever since I was little, I have been passionately anti-littering,” she says. “If someone dropped a piece of plastic, I would pick it up and give it back to them and tell them to put it in the bin. I am quite OCD about recycling and re-using waste.”

So Kekeletso began to research the possibility of recycling plastic waste into bricks, without polluting the environment. Shocking online videos about plastic waste on beaches cemented her resolve. This led her to investigate landfill sites, and so she entered the strange and risky world of the waste pickers. These are people who live near or on landfill sites, and who sift through the rubbish for anything that can be sold.

“I got a shock,” she says, ‘because I thought that waste pickers were men. But I discovered they were mainly women – especially grandmothers – who risked their lives daily to go to the landfill sites to sift for recyclables. They had to start early, while it was still dark, and it is dangerous there. And they are at the mercy of the people who set the rates to buy the plastic, they can work for many hours and make very little money.”

Fired up with the double resolve to improve people’s lives and recycle plastic, Kekeletso began experimenting with making plastic bricks from the waste she bought from the waste pickers.
It took several months of trial and error, but eventually she came up with a formula that worked. The result was a brick that was comparatively light, sturdy, flame-retardant, made from plastic waste, and that did not use water in its manufacture.

Once she had the product, she needed to patent the process and get the brick certified by the South African Bureau of Standards before meaningful production could begin. This was another mountain to climb: nothing like this had ever been manufactured before, and as a result there were no certification standards – they had to be specifically formulated for her product. 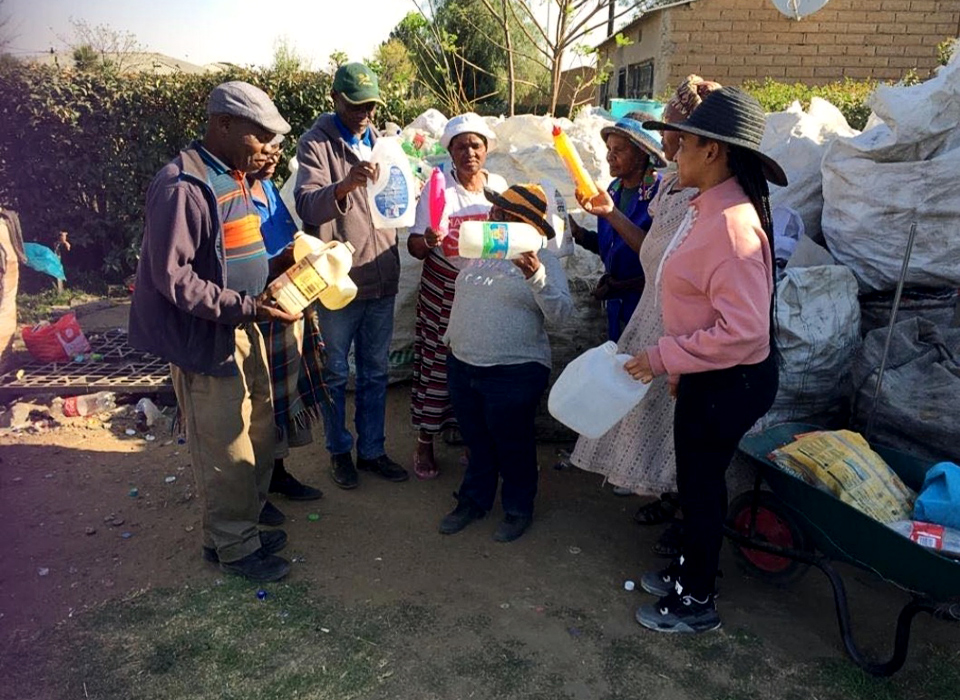 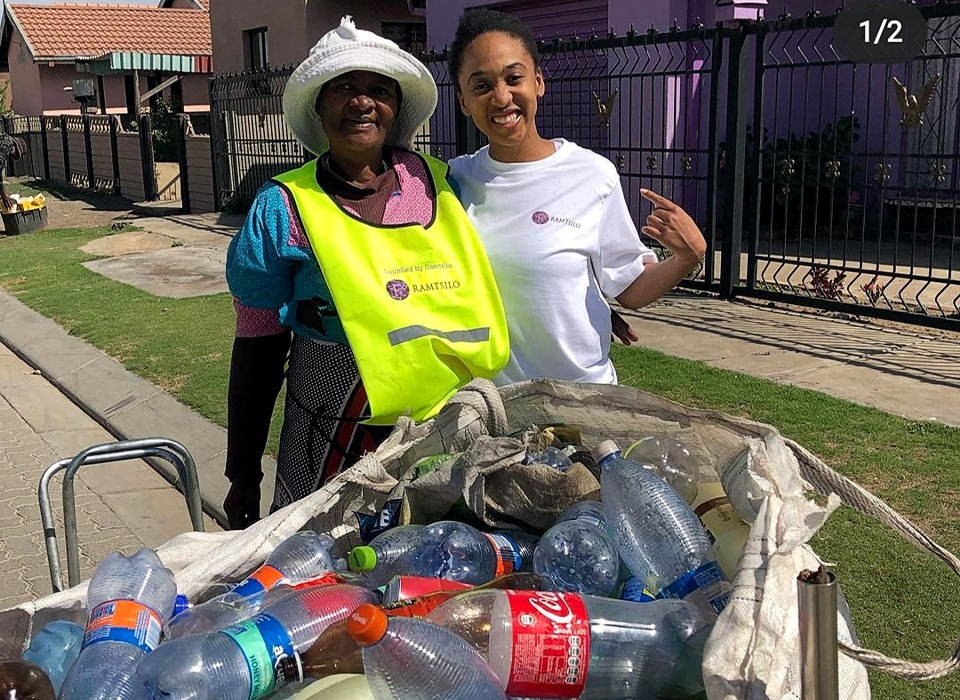 Today, Kekeletso has obtained premises in Benoni, employs a team of 50 waste pickers, and her innovative brick has attracted international attention.

In retrospect, there were so many obstacles to this journey. Construction is a male-dominated industry and Kekeletso found it difficult to get people to take her seriously. Every breakthrough was accompanied by another set of obstacles.

“I could never have done this without my family,” she says. “My dad is the dreamer, he is the one who is constantly telling us that we can do whatever we want to do. But my mom is a teacher and she is the practical one. She pours cold water over our ideas, and this forces us to think everything through carefully, to do our research and to prepare. The main lesson we have learned here, is that one must never give up, there is always a way to do what you want to do; you have to be prepared to get your hands dirty and pick yourself up after disappointment; and most importantly – you have to love what you do. It is only when you have that passion, that you can overcome any obstacles.” 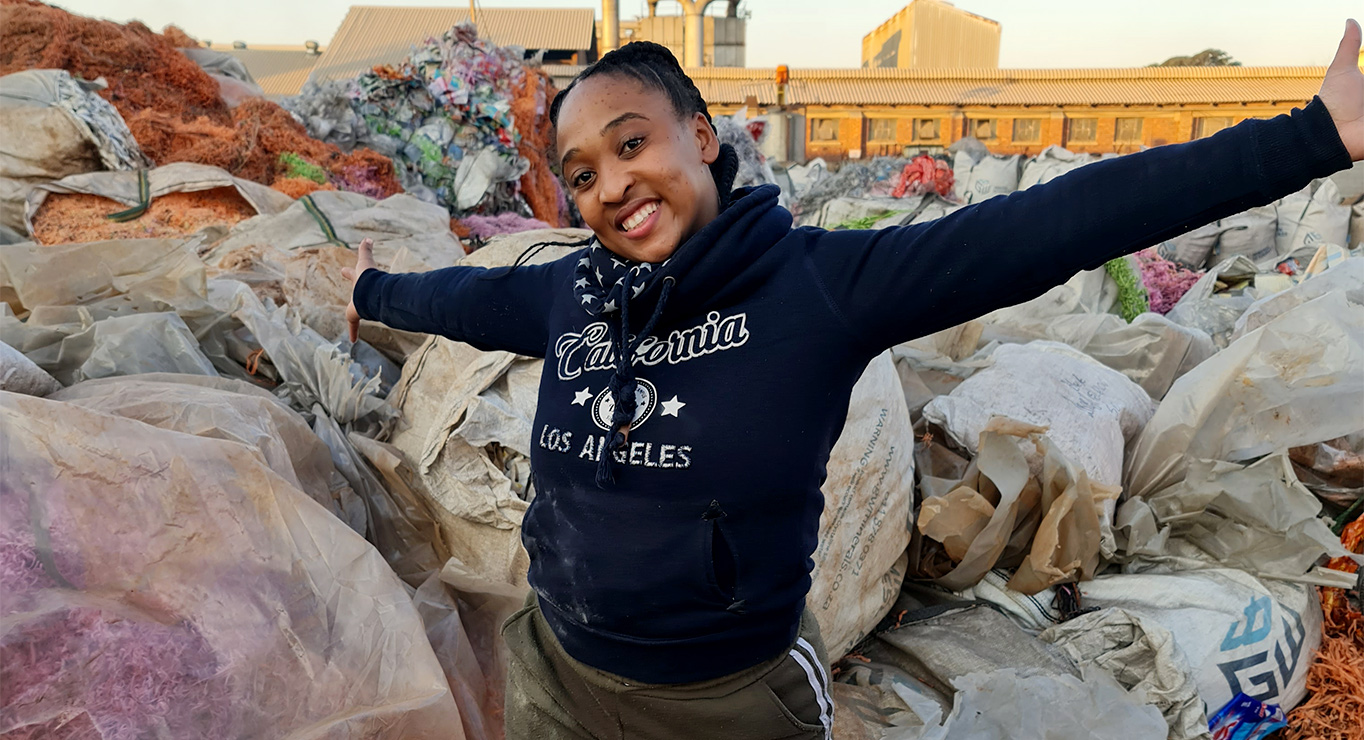