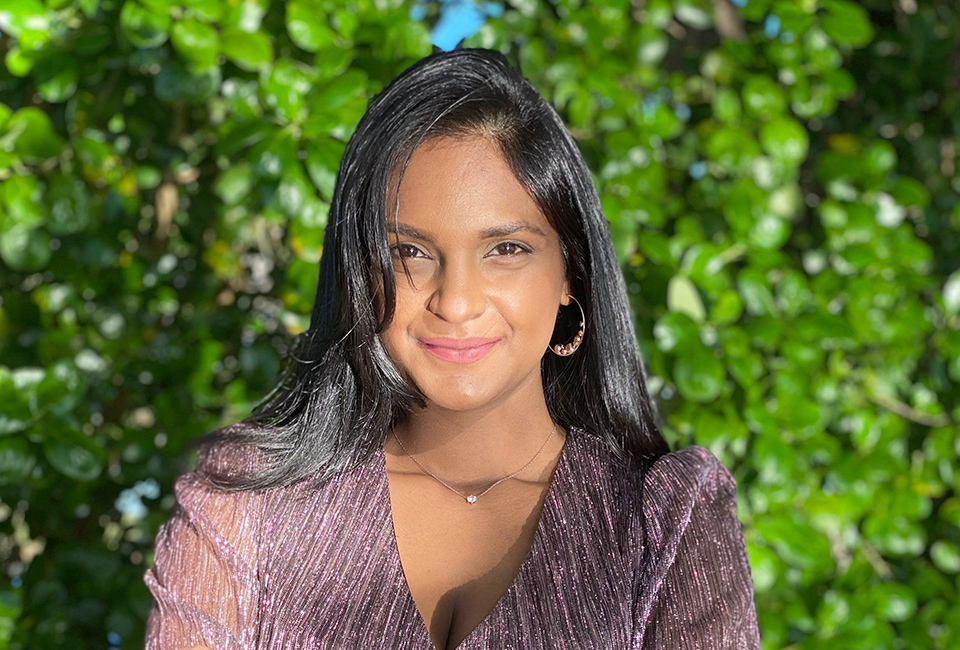 Making a fashion statement for the visually impaired

Making a fashion statement – in an entirely new way!
“I believe that what we do for ourselves dies with us, but what we do for others lives forever,” says dynamic young fashion designer Balini Naidoo Engelbrecht.

Balini’s unique fashion range has been designed to help give visually impaired people their independence back. Moved by a family member’s frustrations, Balini ignored the naysayers and pursued her vision to put Braille on fashion. Her range of outfits for men and women features neutral tones with the screen-printed Braille gently incorporated into the overall look and feel of the entire outfit.

Imagine not being able to buy your own clothes or coordinate a stylish outfit just because you’re visually impaired. Now imagine a store which caters to your needs, and gives you back your independence. This is the vision of an acclaimed young fashion designer in South Africa. Balini Naidoo Engelbrecht is making a fashion statement. But in an entirely new way.

Her flair for creativity and design was clear right from the very beginning. Balini’s parents realised that their daughter had a rare talent and nurtured it by sending her to a specialist design school in Cape Town. 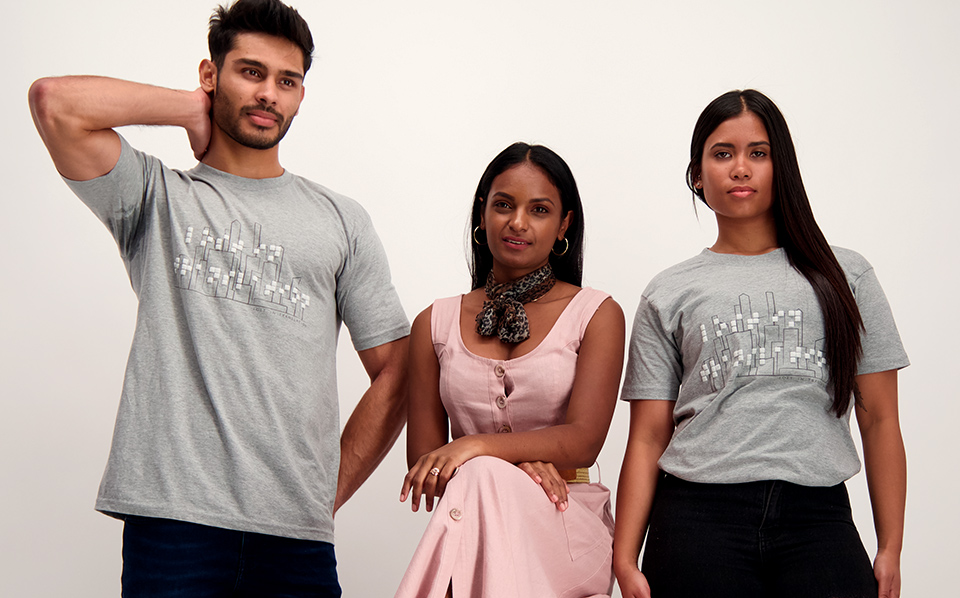 “Initially, I wanted to become an architect,” Balini recalls. “But after a year of studies, I realised it was not for me. I needed something more creative and practical.” She then took a gap year to figure out what she really wanted to do. “This was a really valuable time for me,” she recalls. “It helped me find myself, I realised I had a strong connection with fashion, and decided to pursue a career in fashion design.” “I didn’t even know how to sew until I started my first year of fashion school,” she recalls. “I did an intense four-year course at the Durban University of Technology (DUT) which gave me a solid foundation in the practical aspects of fashion as well as the business side of things.”

It was in her first year that Balini had an idea that could help restore some independence to visually impaired people around the world. “My uncle is visually impaired, and I saw his frustration at not being able to choose his own clothes or coordinate his outfits,” says Balini. “So, I wondered if I could help solve this problem and give him back some freedom. I decided to somehow incorporate Braille onto clothing items.”

Throughout her four years at fashion school, Balini worked on this idea, perfecting it until she revealed her Balini TM fashion line for her final project. The line represents thousands of hours of painstaking research, design, and innovative manufacturing.

Each piece includes information about the garment which is screen-printed in Braille on the fabric. Size, colour, and other vital information is printed in Braille and gently incorporated into the overall look and feel of the entire outfit. The neutral tones of the range pair beautifully with each other.

Although she faced some initial doubt about the project from her lecturers, the overwhelming support of the public and the media helped give Balini the confidence to release the range to the public.

Through much consultation with the KwaZulu-Natal Blind and Deaf Society, Balini was able to showcase her fashion talents while at the same time, restore a sense of independence for the visually impaired clients who purchased her work.

“I was also blown away by the support of sighted people who purchased the items to help spread awareness about visual disabilities,” says Balini. Not only was the range a hit with the public, Balini was also recognised for her innovation.

“I was chosen as one of the Top 10 designers for the Society of Dyers and Colorists 2015 competition, and in 2016 I was placed in the top 25 Vodacom Durban July Young Designer Awards.
In 2018, I was chosen to showcase my concept at the Design Indaba Emerging Creative class of 2018,” says Balini.
She plans to continue to use her influence to raise awareness of the struggles of visually impaired people.
A percentage of the profits from each sale goes towards the KwaZulu-Natal Blind and Deaf Society.

Sadly, the Coronavirus pandemic prevented Balini from ramping up her business to an online market. Living in the small town of Saldanha Bay in the Western Cape, Balini was unable to continue developing the range.

Instead, she decided to use her fashion skills to help some of the people in the local community who had lost their jobs due to the pandemic.

“I’ve diverted things a bit, and I’ve started doing art classes and sewing classes. I’ve also started a range of custom clothing that my clients can order directly through me,” says Balini.

While the growth of her Braille range is temporarily on hold, she’s focussing on designing comfort wear (tracksuits), wedding dresses, and other outfits for important occasions.

“When things start to pick up again, I want to get more funding and investment for the Braille clothing line. I’d like to make it more accessible and affordable for more visually impaired people,” explains Balini.

“I’m open to collaborating with other brands to help get the product out there and raise awareness and funds for the visually impaired.”

“Start humble,” says Balini. Put yourself in others’ shoes, and then you will be able to see their needs. Use your skills and passion to help solve those needs. Creating change can’t just be about words. You have to act, and you have to put in the effort.” She believes that everyone can be a Changemaker. “Just start small. Give back where you can and use what you have in the moment.”